That Sugar Beet Fibre Compared to many conventional natural sources of dietary fibre, such as cereal products and fruits, sugar beet fibre has the following advantages:

It is naturally free from gluten, which means it is an excellent dietary fibre source for people suffering from gluten intolerance.

It has a higher content of dietary fibre, with an ideal balance of 2/3 insoluble fibre. 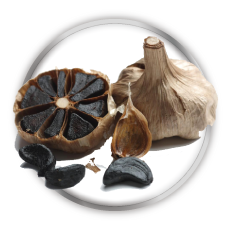 Natra Bowel- is a fast-acting colon cleanser, designed for the chronically constipated in need of strong treatment for a blocked bowel. Purgatives have been combined with carminatives to prevent griping.

Originally based on a Dr. John R. Christopher formula, this tried and tested combination of active ingredients is known as the ultimate herbal laxative.

As such, this source of fibre may have a beneficial physiological effect for people who want to improve or maintain a normal bowel function.

It is also a powerful intestinal cleanser, which will "blast loose" residual intestinal congestion and get any bowel cleanse programme off to a good start.

NOTE: This product should be used in conjunction with improved eating habits, increased water intake and a sensible exercise regime.

Glucomannan is a water-soluble polysaccharide that is classed as a form of dietary fibre and is usually derived from the konjac root. It can absorb up to 50 times its own weight in water.

Fiercely hot and pungent, cayenne, also known as cayenne pepper, is one of the most widely used spice ingredients for culinary purposes. Cayenne fruits are slender, elongated pods derived from the capsicum family plant (a cultivar of Capsicum annuum related to bell peppers, jalapeños, paprika, and others). Cayenne is a source of capsaicin.

Sugar beet, cultivated Beta vulgaris, is a plant whose root contains a high concentration of sucrose (as its name suggests). It is grown commercially for sugar production.

Sugar beets are related to other B. vulgaris cultivars, such as beetroot and chard. They consist of approximately 75% water, 20% sugar and 5% cell walls. After the sugar is extracted, remaining cell wall material - the sugar beet pulp - is used to produce the sugar beet fibre.

This source of dietary fibre contains both soluble and insoluble fibres. The main fibre types in sugar beet fibre are insoluble hemicellulose (22-32 %) and soluble pectin (22-29 %), but also smaller amounts of cellulose and lignin. It has a water-holding capacity of 3-4 times its own weight.

Compared to many conventional natural sources of dietary fibre, such as cereal products and fruits, sugar beet fibre has the following advantages:

Dandelion is a flowering plant that belongs to the family Asteraceae. There are around 30 species of dandelion that can be found all over the world and it is usually considered to be a weed. Belgium is one of the only countries that cultivates and makes use of it in large quantities. Despite its misleading reputation, dandelion is actually widely used for human consumption, including in foods, as an ingredient of beverages and in the production of herbal supplements.

Aloe vera is a succulent plant and part of the lily family (Liliaceae), the same family that garlic and onions belong to. Different parts of the plant are used for different purposes and aloe vera has both internal and external applications.

Ginger (Zingiber officinale), is a rhizome - a thick underground stem that sprouts roots and shoots. This "hot" spice is native to warmer parts of Asia, such as China, Japan, and India, but is now also grown in parts of South American and Africa.

Urtica dioica, often called common nettle, stinging nettle (although not all plants of this species sting) or nettle leaf, is a herbaceous perennial flowering plant in the family Urticaceae. It is native to Europe, Asia, northern Africa, and western North America and has been introduced elsewhere. The species is divided into six subspecies, five of which have many hollow stinging hairs called trichomes on the leaves and stems. The plant has a long history of use as a source of food and fibre, as well as in herbal supplements.

Barberry, also referred to as mountain grape, pepperidge, berberry and the common grape, is a species of deciduous and evergreen shrub native to the temperate and sub-tropical regions of Europe, Asia, Africa, North America and South America.

Garlic (Allium sativum) is a bulbous plant, which is widely used around the world for its pungent flavour, as a seasoning or condiment and as an ingredient in herbal supplements. It contains sulphur compounds. Black garlic originated in Korea and is raw garlic that has been fermented. Raw garlic is placed in humidity and a temperature controlled room for 30 days then moved to another room for 45 days to ‘oxidise’. This process creates garlic that is black in colour, softer in texture and has a more mild taste. Black garlic contains more sulphur compounds than regular garlic.