Magnesium is a nutrient that the body needs to stay healthy. Magnesium is important for many processes in the body, 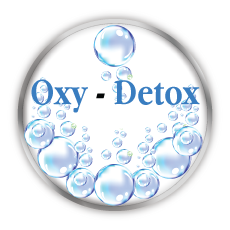 Oxy - Detox is a magnesium based bowel health formula, with dietary fibre and ingredients specifically selected to contribute to an increase in faecal bulk.

This food supplement is ideal used as part of a cleanse and detox programme.

Magnesium based bowel blend
With 4 types of magnesium

Oxy-Detox-A magnesium-based bowel formula, with sugar beet fibre which contributes to an increase in faecal bulk

Sugar beet fibre (a source of both soluble and insoluble dietary fibre) has been included in this formulation because it contributes to an increase in faecal bulk.

Magnesium contributes to a reduction of tiredness and fatigue, electrolyte balance, healthy energy-yielding metabolism, normal functioning of the nervous system, normal muscle function, normal protein synthesis, normal psychological function, the maintenance of healthy bones and teeth, and it has a role in the process of cell division.

This food supplement is ideally used as part of a cleanse and detox programme.

Take 2 capsules (1 serving) on an empty stomach, 1 to 3 times per day. Follow with a glass of grapefruit juice, orange juice or freshly-squeezed lemon juice in water (or just water). Adjust intake to suit your requirements or as advised.

Sugar beet, cultivated Beta vulgaris, is a plant whose root contains a high concentration of sucrose (as its name suggests). It is grown commercially for sugar production. Sugar beets are related to other B. vulgaris cultivars, such as beetroot and chard.

This source of dietary fibre contains both soluble and insoluble fibres. The main fibre types in sugar beet fibre are insoluble hemicellulose (22-32 %) and soluble pectin (22-29 %), but also smaller amounts of cellulose and lignin. It has a water-holding capacity of 3-4 times its own weight.

Compared to many conventional natural sources of dietary fibre, such as cereal products and fruits, sugar beet fibre has the following advantages:

An abundant mineral in the body, magnesium is a cofactor in more than 300 enzyme systems that regulate diverse biochemical reactions in the body. It contributes to a reduction of tiredness and fatigue, electrolyte balance, normal energy-yielding metabolism, normal functioning of the nervous system, normal muscle function, normal protein synthesis, normal psychological function, the maintenance of normal bones and teeth, and it has a role in the process of cell division. Click here and here for EFSA scientific opinions.

"Bioflavonoid" is a generic term used to describe biologically active members of the group of plant-derived compounds known as flavonoids. Bioflavonoids were first discovered in 1936 by Nobel-prize winning scientist and vitamin C research pioneer Albert Szent-Gyorgi, who originally named the group of compounds "vitamin P." Since then, over 4,000 flavonoids have been identified and classified according to chemical structure. Citrus bioflavonoids are derived from fruits high in vitamin C.

Apple cider vinegar is fermented juice from crushed apples. It contains some pectin, as well as: vitamins B1, B2, B6 and C; biotin; folic acid; niacin; and pantothenic acid. It also contains enzymse and small amounts of the minerals sodium, phosphorous, potassium, calcium, iron, and magnesium. Apple cider vinegar can also contain significant quantities of acetic acid and citric acid.

FOS is a soluble dietary fibre powder and prebiotic. Prebiotics are a source of food for good bacteria (in particular the Bifidobacteria genus), helping them to grow, multiply and survive in the gut. This is because they are fibres which cannot be absorbed or broken down by the body. Prebiotics by nature do not stimulate the growth of bad bacteria or other pathogens. They occur naturally in our diet and prebiotic fibres can be found in Jerusalem artichokes, garlic, chicory and onions amongst other things.